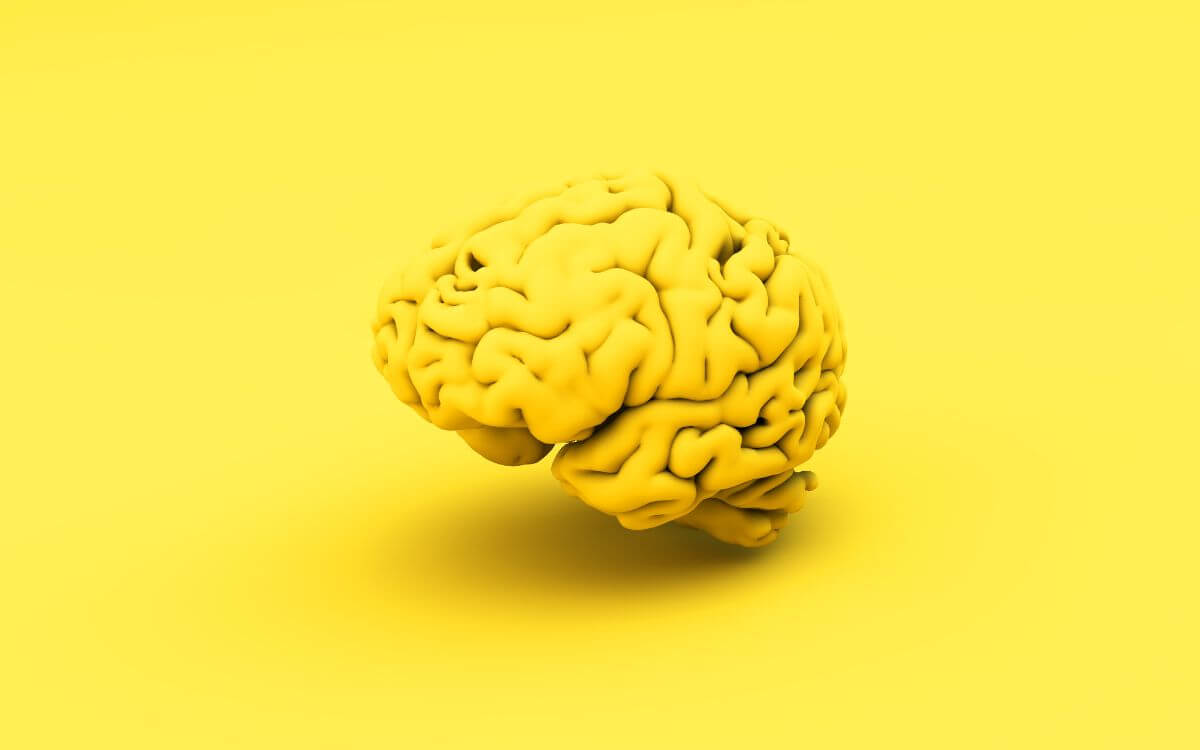 Why does endometriosis cause mental health problems?

Supporting my wife through various challenges associated with endometriosis has been one of the most difficult experiences of my life. I have seen her suffer through incredible pain, and fatigue, but also self-harm, suicidal thoughts, and attempts. It made me wonder… Why does endometriosis cause mental health problems?

The physical aspect of this chronic condition can take a toll on a woman’s mental health. Endometriosis can cause physical pain and fatigue, which can lead to depression and anxiety, but what is rarely mentioned, it can also lead to Obsessive-Compulsive Disorder (OCD).

The answer is very simple, but it’s worth exploring more in-depth information on the matter.

Endometriosis and mental health go hand in hand. On a good day your partner, friends, and family might not understand what you’re going through. You feel isolated, alone, and like no one gets it. On a bad day, you’re barely getting by. You’re in pain, you can’t focus, and going to work or school feels impossible.

Knowing what endometriosis is can help you understand why it causes mental health problems.

Endometriosis is a chronic condition that affects women of childbearing age. It occurs when the tissue similar to the one that lines the inside of the uterus grows outside of it, in some cases affecting the lungs, eyes, and even the brain.

It should. Endometriosis is an insidious condition that isn’t taken seriously by the medical community, and it’s often misdiagnosed or dismissed as ‘just period pain’.

The truth is, that endometriosis is a debilitating condition that can have a serious impact on a woman’s quality of life. It’s estimated that 1 in 10 women suffer from endometriosis, and it can take years to get a diagnosis.

Endometriosis isn’t just ‘period pain’. It’s often described as a ‘silent killer’ because of the way it can affect a woman’s mental and physical health.

There are a few theories as to why endometriosis might lead to mental health problems.

One is the physical pain and discomfort associated with the condition. Another is the psychological impact of living with a chronic, invisible illness. And lastly, there may be a hormonal link, as endometriosis is known to disrupt the normal production of hormones like estrogen and progesterone.

If you want to learn more about endometriosis, I wrote an “Endo-Tool, Endometriosis for Men” e-Book.

You can get the 1st Chapter of the e-Book for FREE, and if you like it, you’ll get a Whopping 33% Discount on the Whole Book, plus discounts on other helpful tools. You have nothing to lose but a lot to gain!

The first chapter alone contains all the comprehensive medical knowledge about endometriosis, including:

If you’re struggling with your mental health, know that you’re not alone. There are many resources available to help you cope with endometriosis and its impact on your life.

Talk to your endometriosis specialist about what treatments might be right for you, and also consider talking to a therapist or counselor about how you’re feeling. You can also join a support group or online community to connect with others who understand what you’re going through.

Endometriosis is a chronic condition that can cause pain, fatigue, and other symptoms, but it has also been linked to mental health problems such as depression and anxiety.

While the exact cause of endometriosis is unknown, it is thought to be due to a combination of hormonal, immune, and genetic factors. This may explain why endometriosis is more common in women of childbearing age.

Additionally, the stress of living with a chronic condition like endometriosis may also contribute to mental health problems.

According to this source – “Studies have shown that short-term stress boosted the immune system, but chronic stress has a significant effect on the immune system that ultimately manifest an illness. It raises catecholamine and suppressor T-cells levels, which suppress the immune system.”

Endometriosis is a perfect example of how a chronic condition can lead to mental health problems. Not only the pain, fatigue, and other symptoms associated with endometriosis can be extremely debilitating, but the condition itself is often misdiagnosed or dismissed as ‘just period pain’.

This can lead to feelings of isolation, frustration, and despair because a lot of women are often disbelieved, gaslighted, or told that their pain is ‘all in their head’.

My wife was diagnosed with stage IV deep infiltrating endometriosis. It was a total shock for her because she went only for a diagnostic laparoscopy that was meant to last an hour, however, it took surgeons 4,5 hours to cut all the endometrial tissue.

For 5 years prior to the surgery, she has been gaslighted over and over, until the day I stepped in. Only then do general practitioners begin to take her seriously.

Unfortunately, many women don’t have their partner’s support and are left fending for themselves, which can be incredibly difficult and stressful.

Let’s discuss them one by one.

Why does endometriosis cause depression?

It’s no surprise that endometriosis can cause or contribute to mental health problems, including depression and anxiety. According to a study published in the journal PLOS ONE, “endometriosis is associated with significantly increased odds of depression (OR 1.89, 95% CI 1.47-2.43) and anxiety (OR 1.71, 95% CI 1.34-2.18).”

The endometriosis depression rate is high because of various reasons. The first one is the pain itself. It has been shown that chronic pain can lead to depression. According to one study, “the experience of chronic pain is associated with an increased risk for developing major depression.”

This is because chronic pain can lead to sleep problems, fatigue, and difficulty concentrating, all of which are symptoms of depression. In addition, the hormonal changes associated with endometriosis can also contribute to depression.

These hormonal changes can cause a woman’s mood to swing wildly, from feeling great one minute to feeling down the next. This instability can be very difficult to deal with on a day-to-day basis and can lead to feelings of hopelessness and despair.

If you’re struggling with depression, it’s important to seek help from a mental health professional. Talk therapy and medication can be very effective in treating depression.

Why does endometriosis cause anxiety?

There are several reasons why endometriosis can cause anxiety. First, the pain associated with endometriosis can be very unpredictable and severe. This can lead to feelings of insecurity and anxiety about when the next bout of pain will strike.

In addition, the hormonal changes associated with endometriosis can also contribute to anxiety. These hormonal changes can cause a woman’s mood to swing wildly, from feeling great one minute to feeling down the next.

This instability can be very difficult to deal with on a day-to-day basis and can lead to feelings of anxiety and worry. Finally, the stress of dealing with a chronic illness can also contribute to anxiety.

Endometriosis can be a very difficult illness to deal with both physically and emotionally.

If you’re struggling with anxiety, it’s important to seek help because there are many forms of it, including general anxiety disorder, panic disorder, and Obsessive-Compulsive Disorder.

Let’s talk about the latter.

It happened to my wife.

For my wife, her OCD manifested as a need to clean everything and everyone around her. She was constantly washing her hands, cleaning the house, and trying to get everyone to do the same.

This was, of course, in addition to the pain she was already dealing with.

My wife explained to me that her OCD allows her to take some control over some aspects of her life, but I knew that instead, Obsessive-Compulsive Disorder would take control over her.

The stress of dealing with a chronic illness can trigger OCD in some people. If you have endometriosis and you’re struggling with OCD, it’s important to seek help from a mental health professional.

A study published in the Journal of Obsessive-Compulsive and Related Disorders found that endometriosis may be a risk factor for developing OCD.

The study’s lead author, Dr. Fiona Barwick, a Consultant Clinical Psychologist at the University of Sheffield, said that the findings suggest that “endometriosis should be considered as a possible risk factor for developing OCD.”

Final thoughts why does endometriosis cause mental health problems?

Endometriosis can be a very difficult illness to deal with both physically and emotionally. The pain can be severe and unpredictable, hormonal changes can cause mood swings, and the stress of dealing with a chronic illness can lead to anxiety and depression.

If you’re struggling with mental health problems, it’s important to seek help from a mental health professional. There are many effective treatments available, including talk therapy and medication.

Endometriosis is also a risk factor for developing OCD. If you have endometriosis and you’re struggling with OCD, it’s important to seek help from a mental health professional.

There is no one-size-fits-all solution to dealing with mental health problems, but there are many effective treatments available. If you’re struggling, please seek help.

If you found this helpful, please do share, and don’t hesitate to leave a comment in the section below. Your opinion is always welcomed.

Till the next one…