What can you expect from marrying a chronically ill person?

What can you expect from marrying a chronically ill person? Tips from a husband of a woman with multiple chronic conditions.

Marrying a chronically ill person brings more questions than answers, especially if you are in a similar position to the one I’m in, where your partner suffers from multiple chronic illnesses.

As a husband behind a chronically ill wife who has stage IV deep infiltrating endometriosis, fibromyalgia, and chronic fatigue syndrome, I met many challenges no other married men experienced.

Despite having many questions, I swore to love her in sickness and health. I kept my promise, and a decade after my marriage is flourishing. I wouldn’t exchange my wife for another woman.

Sure, I had doubts, and yes, I struggled with it a lot, but just because my wife has many chronic conditions, it doesn’t mean that my life is over.

By mutual understanding of one another, you can overcome every challenge chronic illness throws at you, but before you tie the knot with your beautiful partner, you want to know what to expect from marrying a chronically ill loved one.

Here’s the answer to what can you expect from marrying a chronically ill partner:

Marrying a chronically ill person can take a toll on any marriage bringing a 70% divorce risk. The sick partner may not feel well to perform home chores, work, be active, have sex. The healthy partner may feel overwhelmed, lost, helpless. The financial strain leads couples to arguments and a breaking point.

But despite all these challenges, there is still a 30% chance of making your relationship work, therefore it is worth fighting for. Wouldn’t you agree?

Marrying a chronically ill partner seems to bring negative thoughts about the future, and even though we are not supposed to think this way of our fiancé, it is hard not to.

It’s perfectly natural. It’s human nature to worry, as it is meant to prevent us from being hurt. Every person will experience marrying a chronically ill partner differently.

But regardless of my own experience, I’m going to provide you with all the negative expectations that people often have.

Not knowing anything about a particular chronic illness people assume they know everything and think they get disappointed.

It may not sound like a negative expectation as such but it’s definitely a wrong one.

We all want great sex, but knowing that some chronic conditions such as endometriosis may prevent people from having sex, makes them feel negative about the future.

The same applies to fertility problems, also with endometriosis.

Most people want kids, parenthood, family, and the whole package, however, not having an opportunity to have this brings a lot of negative expectations, even though there’s an option of IVF, therefore a chance to have it all.

People worry about the financial strain that chronic illnesses bring, and believe that they will only struggle.

All of it depends on the chronic condition your partner suffers from that you can less try to calculate how your marriage is going to be like, however, medicine progress every day, and what comes with it – hope. Positive expectations from marrying a chronically ill person don’t seem possible, but let me remind you about the 30% of chance having a perfectly normal marriage.

Besides, there’s more to life than sex, wouldn’t you agree?

But you learn to appreciate the little things in life that actually matter. You appreciate your small victories and what never mattered before does matter today.

People always begin to appreciate things after something happens, after they lose the ability to enjoy it. I was always different, I’m an optimist.

Since I remember, even living in crowded London, I always found time to sit on a bench and listen to a singing bird, to stop and look at a flower and its beauty. But marrying a chronically ill wife made me appreciate these little things even more.

I became obsessed with coffee shops, my wife being Italian contributed to that, but I really enjoy every single sip of coffee, I appreciate the taste, the smell, the pretty porcelain.

I know, it sounds goofy for a guy, but chronic illness teaches you to look deeper into things. I can definitely say that our intimacy flourished, and I’m not talking about sex. We have a better understanding of one another.

Talking about positive expectations from marrying a chronically ill person you will find better communication, more trust, and above all, love for each other.

What are these real expectations from marrying a chronically ill person if it seems like all has been said?

I can tell you the realistic expectations in one simple sentence, the answer is – “it depends…” because every relationship is different, every person is unique, and everyone will react differently to the same situation.

So the simple answer is “it depends”. Facts about marrying a chronically ill.

By marrying a chronically ill person you can expect that in relationships with chronic illness divorce rate is as high as 70%, so the chance of your marriage succeeding is 30 percent. Like I said previously, it’s worth fighting for.

One of the reasons is frankly the lack of sex. I never divorced my wife even though she asked me on four occasions.

I thought it would be quite cruel. I swore to love her in sickness and health.

Chronic illness and broken intimacy are often spoken about but it doesn’t change the fact that if your partner is in pain, the last thing she wants is to have sex. What makes the matter worse is the unpredictability.

Even if you plan a nice romantic evening, you cannot predict her flare-ups.

Real expectations from marrying a chronically ill person can be the development of depression and anxiety by your partner.

What nobody talks about is the fact that you get affected by her illness too. You are also at risk of becoming anxious over the unknown future, and depressed over the lost life you once had.

You sacrifice a part of yourself. You feel responsible for your partner’s health, and the fact that you cannot “fix” her health, makes you feel useless, powerless, angry, even resentful at times.

Similarly, living with a chronic condition, and marrying a chronically ill person, both impact both of you emotionally, psychologically, mentally, socially, economically, and financially.

The financial strain is very important to recognize because often arguments are caused by the constant struggle with money.

I would strongly recommend you to seriously think of blogging. By blogging I don’t mean fun or running a diary. I’m talking about creating your own online business. Blogging biz is the best decision I’ve ever made. I will never look back.

If you are interested in learning more about it, I wrote many articles about how to succeed in it. So without further ado, here’s one of my best posts on the topic. Enjoy, learn, and escape out of the ordinary! 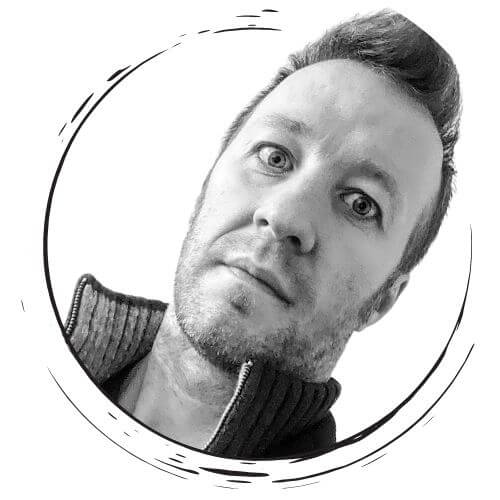