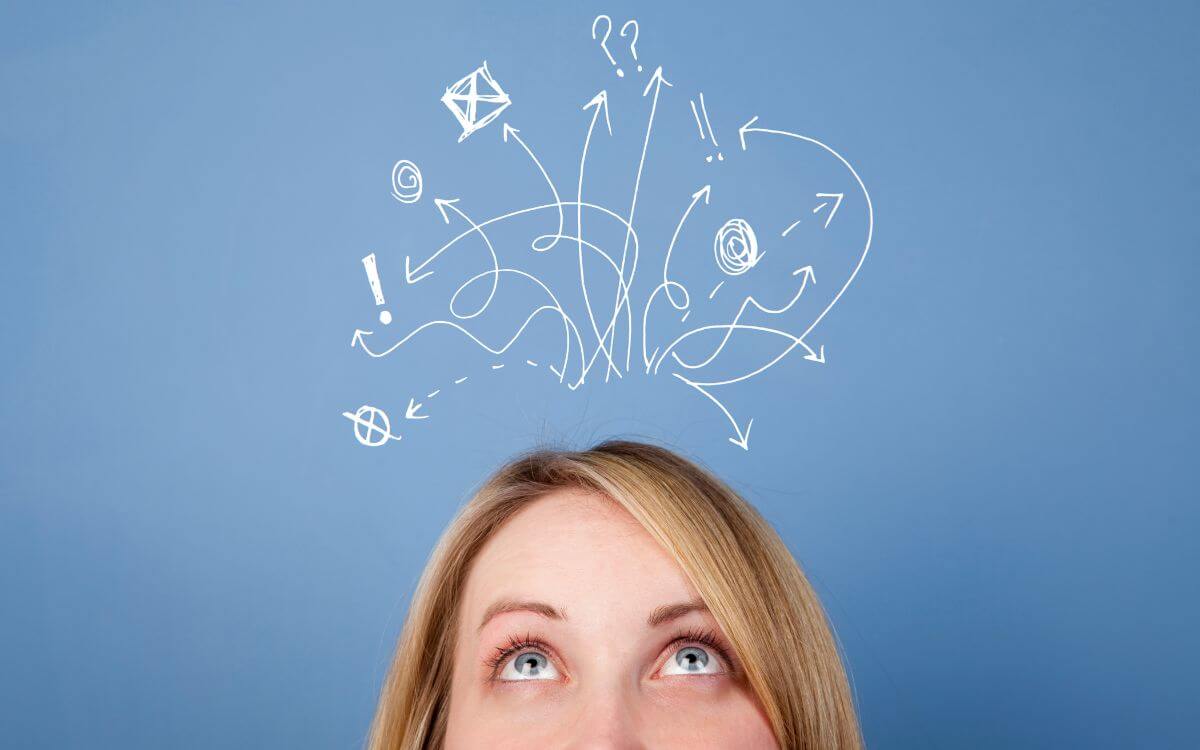 How to explain brain fog to someone?

It can be tough to try and explain brain fog to someone who doesn’t experience it themselves. My wife suffers from stage IV deep infiltrating endometriosis and fibromyalgia disorder. Both conditions cause brain fog.

In the beginning, I never knew what her conditions were, let alone the brain fog, but thanks to my wife, I’ve learned over time what that meant. I observed and witnessed my wife in such a state, where she couldn’t think straight, had trouble talking, and her eyes looked glassy. I knew that wasn’t her.

So, if you asked me today, how to explain brain fog, here are a few tips on how to do that:

What is brain fog?

Brain fog occurs when your brain doesn’t function as well as it should for a period of time and is a symptom of cognitive dysfunction.

Brain fog is a term used to describe a feeling of “mental fatigue” or heaviness that can make it difficult to think clearly or focus on tasks. Brain fog can be caused by a variety of things, including stress, lack of sleep, poor diet, and certain medical conditions.

In terms of endometriosis and fibromyalgia, brain fog can be caused by the pain and fatigue associated with these conditions. The mental exhaustion that comes with chronic pain can make it difficult to focus and think clearly. Additionally, the hormonal changes that occur with endometriosis can also contribute to brain fog.

What can you do?

Knowing how to explain brain fog can be tricky, but knowing what to do if you’re experiencing brain fog is more important. There are a few things you can do to try and clear it up:

If you want to learn how to cope with your partner’s chronic illness, how to support her struggles, and manage a relationship with a chronic condition, I give away a FREE Chapter of my eBook: “Supporting a Chronically Ill Partner”.

This chapter alone has all the comprehensive information about acknowledging the struggles, including:

Get the 1st Chapter FREE!

How does brain fog make someone feel?

If you’re struggling with brain fog, it’s important to know that you’re not alone. There are many people who experience this symptom, and there are ways to manage it. If you want to explain how does brain fog make you feel and need more tips on how to explain it, here they are:

How often does brain fog occur?

The answer is, that it depends, as brain fog can occur sporadically or on a more regular basis depending on the individual. However, some people may find that they experience brain fog more frequently during periods of stress or exhaustion. This is what I noticed in my wife’s case to be true, it depends on her stress level.

Additionally, many individuals report that brain fog often worsens with age, however, this is likely due to a number of factors including poor diet, lack of exercise, and poor sleep habits.

How long does brain fog last?

Brain fog can last for days, weeks, or even months. So, the short answer is also – it depends. Short-lasting brain fog is usually nothing to worry about and is often caused by stress or lack of sleep. However, if brain fog lasts for more than a few weeks, it could be a sign of a more serious underlying health condition.

My wife suffers from two separate chronic conditions, one being physically present – endometriosis and the second one – fibromyalgia, which is more “invisible”. Both disorders are characterized by extreme fatigue and brain fog is a common symptom of both.

Since my wife can’t work a regular 9-5 job, I don’t have to become her full-time caretaker. It’s been a challenging adjustment for both of us, but she’s independent thanks to working from home, which allows her to focus more on self-care, which in turn, helps her experience short and less often brain fogs.

How to explain it?

Summarising how to explain brain fog, in short, can be described as a feeling of confusion, forgetfulness, and general mental fatigue. It can feel like your head is in a fog and you can’t think clearly.

Brain fog is a common symptom of many conditions, including depression, anxiety, sleep deprivation, and chronic fatigue syndrome. It can also be a side effect of certain medications.

There are many potential causes of brain fog, including dehydration, poor nutrition, lack of sleep, and hormonal imbalances.

Additionally, certain medical conditions can also lead to feelings of mental fatigue and confusion. If you’re experiencing brain fog, it’s important to see a doctor to rule out any underlying medical conditions.

Let’s talk about it by commenting below. I’m looking forward to hearing from you. Take care!