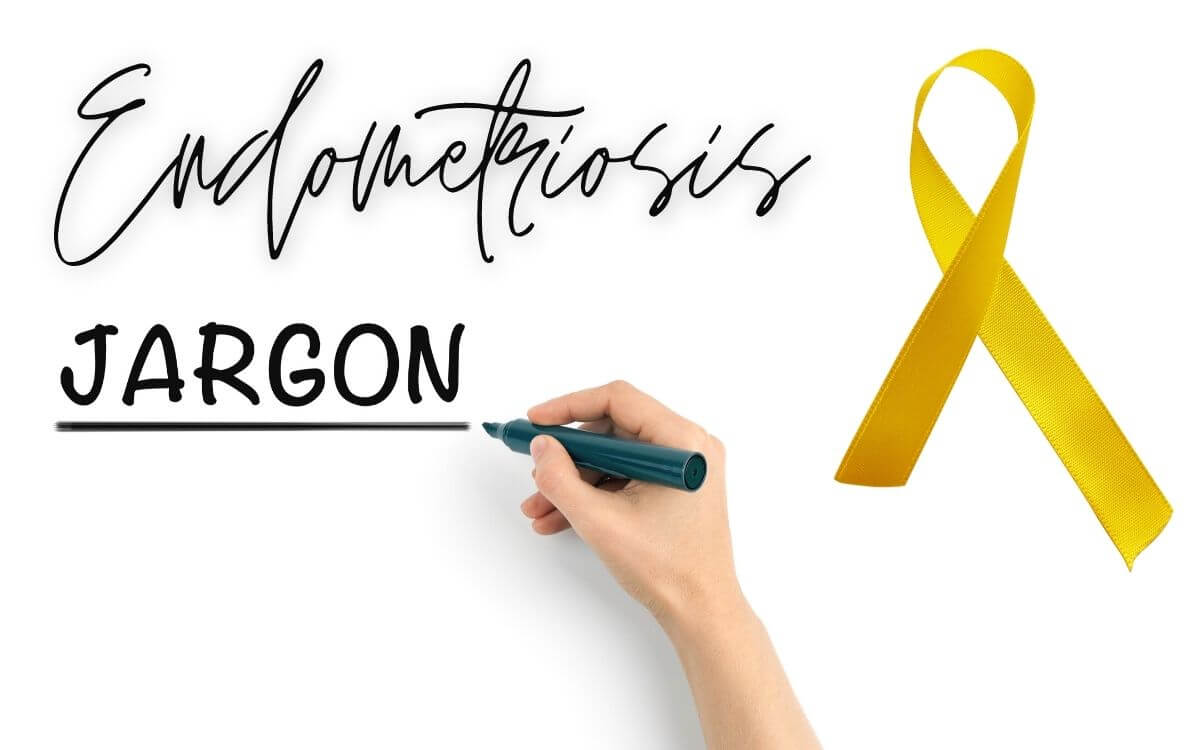 Endometriosis jargon for men. Endo what..?

I still remember the day when my wife used the word “endometriosis”. It was before she was diagnosed. I didn’t know how to spell it, let alone understand it. Fast forward a decade, today I decided to write this endometriosis jargon for men…

I know that I will never be able to understand what my wife and millions of other women with endometriosis go through. The reason is simple – I’m NOT a woman.

But I wanted to help all my fellow endo-brothers get as close to understanding as it is possible, to get a glimpse of the knowledge that isn’t usually gathered in one place. I collected this endometriosis jargon for men who support their women in battle with endo.

This section answers the most common endometriosis questions in my endometriosis jargon for men. Let’s begin with the very basics…

Endometriosis is a chronic condition in which the tissue that is similar to the lining of your partner’s womb spreads outside of it, often on other organs. Endometriosis is usually found in the lower abdomen her pelvis, but it can appear anywhere in a women’s body.

Honestly? No one knows exactly. So far, there are only theories. The most accurate seems to be an excess of estrogen which meant to be, in my understanding, endometriosis building blocks.

When your partner has her period, some of the blood and tissue from her uterus travels into her pelvis. It is called retrograde menstruation. Almost every woman has it to some degree.

These kinds of abnormalities contribute to the development of endometriosis. Other theories exist to explain endometriosis lesions in rare locations outside of the pelvis, which can happen. Researchers actively explore other causes.

What are the symptoms of endometriosis?

The most common symptom of endometriosis is pelvic or lower abdominal pain. This usually happens when your partner has a period, in other words – menstruation. Some women also experience pain with sex.

Other symptoms may include changes in your partner’s bowel and bladder, pain, and fatigue. Symptoms such as pain with her bowel movements, but also bloating, and constipation occurs…

How to diagnose endometriosis?

Definite clinical diagnosis of endometriosis can be made only by laparoscopy – a surgery performed under general anesthesia, in which a doctor looks inside your partner’s abdomen with a camera.

It’s usually done through the belly button and two extra little cuts. A biopsy from a suspected area of endometriosis is taken to confirm the diagnosis.

When a woman with endometriosis has her period, she bleeds not only from the womb but also from the endometrial tissue outside of the womb. The endometriosis lesions cause inflammation and irritation, which in turn, causes pain.

However, not all women with endometriosis experience pain.

As many as 40% of women with infertility have endometriosis. Inflammation caused by this condition negatively impacts the function of their ovaries, eggs, fallopian tubes, or the uterus itself.

Endometriosis creates scar tissue that often causes a blockage of the fallopian tubes, which makes it unable to pick up and transport the egg after ovulation.

What is the treatment for endometriosis?

There is NO CURE! My wife found that a holistic, natural approach works best as opposed to medication or hormones. However, treatment for endometriosis depends on the extent of this disease, the degree of symptoms, and the desire for having children in the future.

Endometriosis may be treated with medication, surgery, or both.

The first-line therapy for endometriosis is with medications, but they cause a lot of side effects, which is a problem. Because the endometriosis lesions are sensitive to hormones, lowering estrogen levels may shrink the lesions with a form of progesterone.

Time to discuss the endometriosis jargon. Prepare for this gentlemen as it’s pretty lengthy. These are the hundred terms that you are going to hear often:

I hope I achieved that, and that you will never have to ask again “endo what?”

You are here because your loved one suspects, or was already diagnosed with endometriosis. You are going to be bound to hear many new terms and phrases such as those above, which could be pretty baffling if you didn’t have such endometriosis jargon in one place.

You’d have to look for clues in different places or ask many people. It may seem like you need to learn an entirely new language to make sense of what your partner is going through.

But I hope you don’t have to worry anymore. This endometriosis glossary walks you through the most common medical terminology.

It should be easier for you to understand now what’s being discussed or recommended, so you won’t miss a thing, but if you want to know more about endometriosis use “Endo-Tool, Endometriosis for Men”, an e-Book I wrote to educate men about their partner’s illness, and ways of coping. The 1st chapter is FREE and contains 20 pages filled with a lot of medical info, such as:

Wishing you and your partner all the very best!